This is an age-old question, but scientists are now providing answers.

Brain researchers have recently discovered that the same pleasure centers of the brain that become active for narcotics are also activated when people are administering “just” punishments. In other words, when we have been deeply hurt or treated badly or unfairly and want to punish those who hurt us (or even society itself), we are experiencing some of the same powerful cravings experienced by drug addicts.

This is an important new discovery, because it means that the intense desire and attraction that you might be feeling right now to kill others is just that...a feeling generated inside your brain. The good news is that this is only a feeling. It is not a mandate or a law from anywhere outside of you. It is not a death sentence. If your brain created it, then your brain can also make it go away. As God said in the story of Cain and Abel, you can choose to rule over it.

Is your situation like Cain's? Most of us have felt this way at some point. That's why the story has continued to be told for thousands of years. The only difference is that some people act on the desire to kill and others do not. Why?

overcoming the craving to kill

Click here to learn about resources available RIGHT NOW to help you overcome the urge to kill.

If you are thinking about killing or mass murder...read this site first. 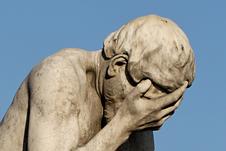 The craving to kill can be very powerful and very dangerous. It can also be very deceptive, causing you to believe that it will not go away until you satisfy its demands that you kill. This is not true.

The first step to controlling it is to understand what is happening to you. This begins by recognizing that you are not "evil" and that you are not destined to become a murderer. Unless you have a serious brain abnormality, what you are probably experiencing is a life-threatening medical emergency, an almost addiction-like compulsion to do harm. This compulsion is the result of your brain responding to trauma. The trauma was being wronged or humiliated, perhaps repeatedly, at some time in the past. Part of your brain wants to strike back. It wants to kill.

It is important to realize that only one part of your brain (the greedy pleasure centers, where all cravings reside) wants you to kill. The other parts of your brain, where reasoning and control take place, know that killing would be a huge mistake that would only make your life worse and probably result in your own death. The renegade pleasure centers, focused only on pleasure, do not care about future consequences. They want what they want now.

And so you are engaged in a life and death struggle. The stakes could not be higher. Whenever we face a battle of such importance, we need all of the help and resources we can get. Remember, the craving to kill is just that, a craving. It is not a death sentence. Your brain created it, and your brain can make it go away. How?

Cain was filled with rage.

And he had every reason to be.

Do you know about the world's first murder?

Do you know why humans kill?​​

It will only take about 5 minutes. Learn the Revenge Attack Warning Signs!